They Shoot, They Score

This trip started as a weekend of following the Orlando Solar Bears to two games against the Greenville Road Warriors. Yay, hockey!

But since I was halfway there already, I extended the trip with a run up Skyline Drive in Shenandoah and a day in DC.

The drive from Orlando to Greenville was mostly uneventful, although I did pick up a hitchhiker at the Georgia-Florida border and had an interesting chat before he fell asleep.  He was traveling to the truckstop at the Savannah exit in search of work.

It was raining steadily, so I didn’t have a chance to see much of downtown.  What I saw was pretty nice, with a lot of shops and restaurants.  I had an adequate dinner at a regional BBQ chain, nothing spectacular, then headed for the Bi-Lo Center for the game.

I’d given myself time to look around downtown, but the rain nixed those plans and I wound up at the arena pretty early and mostly had it to myself.

The crowd, after it showed up, was still pretty small.  I’d gotten my tickets online the week before and chose the small upper-bowl, on the rail, behind the goal the Solar Bears would attack twice.  This is my favorite place to sit for hockey – being able to see the attacking plays develop with no one in front of me and with a little height to give perspective.

If I’d known my section would look like this even mid-game, I’d have waited until I arrived and gotten tickets at the box office to save the Ticket Bastards service charges – which doubled the cost of the $10 tickets.

Sadly, the Bears got trounced pretty bad in the first game of the set and it was still raining when the game let out, so it was time to call it a night.

I slept in Saturday and then headed out of town to spend the day at Table Rock State Park hiking.

I spent a few hours hiking and then headed back to get ready for the game.  Greenville does something pretty cool when they have the Mites play between periods – they let the kids who are going to play on the ice with the teams for the National Anthem.

The Bears lost again, making the hockey portion of this trip a bust.

Up early and on the road to make it to DC.  I called the Shenandoah National Park hotline to find out if Skyline Drive was open.  The northern 3/4s of the drive were open, but the southern part was still closed from a snowstorm the week before.  Once I got on the drive, it looked a lot different than the picture the National Parks Service had tweeted the prior week. 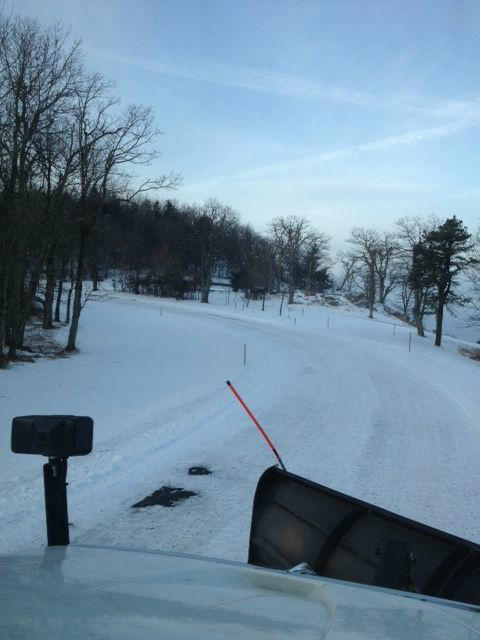 So a nice drive and some hiking took up most of the day before arriving at the hotel.

I had trouble with my phone, so no pictures.  The hotel was outside DC, near Dulles.  I drove to the metro station in Fairfax, VA and parked there to take the train into the city.  This is a lot cheaper ($5 to park) than trying to get a hotel in the city and paying the hotel’s parking fee ($30 and up).  Plus the hotels are cheaper.  From Fairfax, it’s about a forty minute ride on the train into the city.

I had a late lunch at Ping Pong Dim Sum after a morning at the National Zoo and Smithsonian, then took the train back to my car and getting back on the road.  I had planned for a two or three hour drive after leaving DC to cut down on the final drive home Tuesday.

That put me near Richmond and I wound up staying at a 4-star Wyndham property.

The photo’s not mine, but it’s what the place looks like and it was a really gorgeous place with nice rooms and lots of hiking around, so I think I’ll keep it in mind for a future trip that involves more than an overnight stay.

This site uses Akismet to reduce spam. Learn how your comment data is processed.

I may receive an affiliate fee for various links on this site, but if I recommend a book it's because I read it and enjoyed it.
Support sutherland on Patreon!